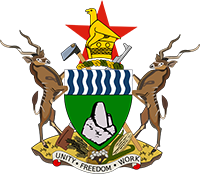 This report presents preliminary population figures for the 2022 Population and Housing Census (PHC) which was held from 21st to 30th April 2022. The census was the first such undertaking by Zimbabwe National Statistics Agency (ZIMSTAT) using the Computer Assisted Personal Interview (CAPI) method. This migration from Paper Assisted Personal Interview (PAPI) to CAPI, saw ZIMSTAT, for the first time, producing preliminary results of a census within three months of data collection.

The census was conducted using the de facto approach. This entailed enumeration of individuals in households where they spent the census night, that is the night of 20th April 2022, regardless of their usual places of residence. Preparations of the census began in 2019, being guided by the United Nations Principles and Recommendations for Population and Housing Censuses, Revision 3.

The advent of COVID-19 in 2020 interrupted the mapping exercise and supply chains which were critical components of the preparatory phase of the census. ZIMSTAT lost ten months of preparatory work as we complied with COVID-19 lockdown restrictions. However, through availing of more resources by Government and exceptional commitment by Team ZIMSTAT, the 21st April 2022 timeline was met comfortably.

Are you sure you want to delete this page?

Are you sure you want to delete this document?

Unable to delete the page because it has shortcuts referencing it at the following locations:

Please delete these shortcuts first, then delete page itself.